Much of the book is filled with faded pictures of women whose faces are never revealed but whose bodies boldy are. This hiding of identity created is a suspended atmosphere of secrecy and mystery maintained throughout the book. Interspersed among these bodies are pictures of decay, flora, sex toys, and other objects and landscapes. The book ultimately serves as a whirling, poetic collection of work that ping pongs back and forth from the mundane to the dreamlike and from the aesthetically pleasing to the extremely not, in a unifying way that emphasizes similar ways of seeing different aspects of our environment and the people in it.

The images are sometimes mysterious and sometimes very blunt. An image of a shotgun leaning against a tan wall leads the viewer to question what it’s doing there and when it will go off. An image of blood in a sink raises obvious questions as well. An armpit stain serves as more of a stark re-grounding in reality as opposed to the dreamier world established elsewhere in the book, which often includes a vaguely dreamlike pinkish color cast.

The book’s title seems to come from a letter, reproduced in the book, presumably sent from, or to, Aaron. Abstract language in the letter once again leads the reader to wonder about the events surrounding it, cementing the book’s and the photographer’s penchant for the unknown, for that which is just barely but meaningfully out-of-frame. 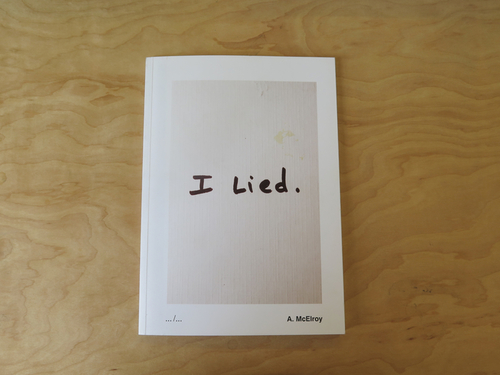 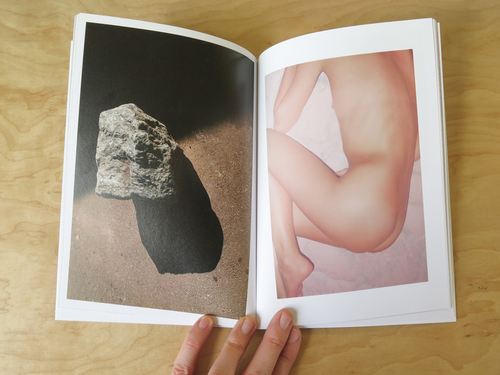 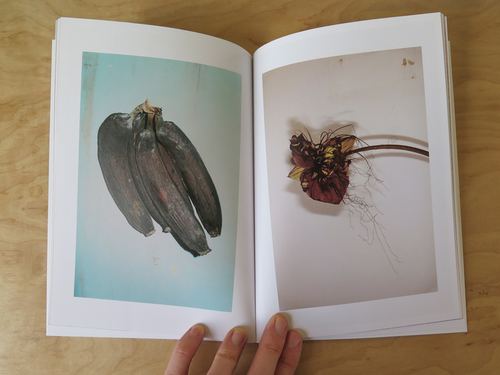 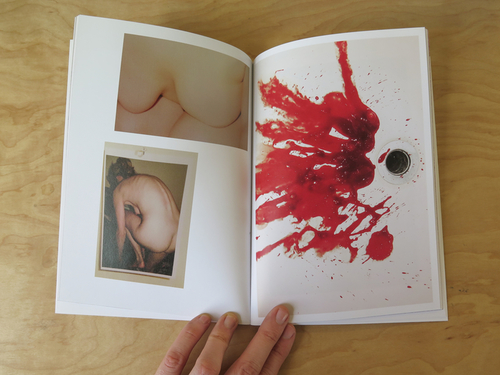 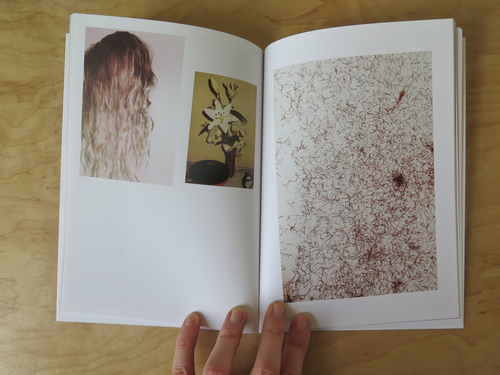 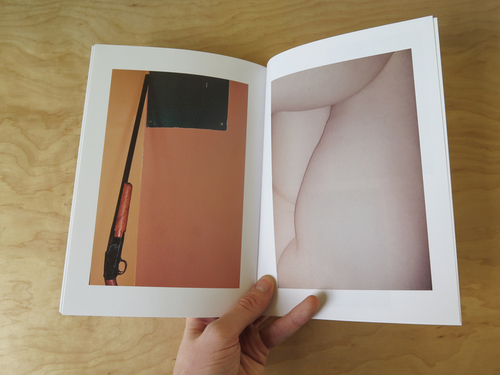