In his latest book, published by The Velvet Cell and beautifully printed, Kyler Zeleny takes a road trip Out West. The West in question is western Canada, as indicated by a map in the first couple of pages. Zeleny documents or depicts scenes of extremely small-town Canada, ranging from population 7 to population 988, according to an indicator opposite each photograph.The sparse nature of these communities – or areas – is reflected in the total number of actual people portrayed, which seems like 3. They are not shown in much detail: always small in the frame, going about their own business or seemingly deep in thought. Zeleny appears much more interested in the once-removed evidence of people and evidence of living, from blankets on a drying line to weathered brick walls. Typography is prevalent, in the form of a worn away logo, a “closed” sign, or a sign belonging to a motel equal parts quaint and uncanny. People exist or have existed here, but they’re mostly either gone, hiding from, or avoided by the photographer. Capricious spoke to this photographer over email. 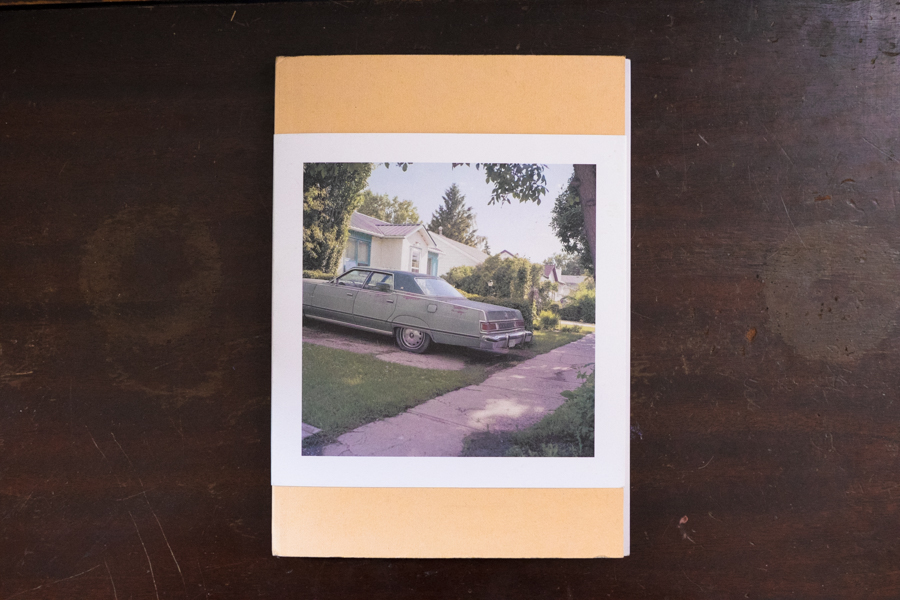