Swedish artist Hanna Liden, whose work appears in FAMOUS as well as our tenth-anniversary book High Tails, is part of the Art Production Fund’s public art exhibitions in New York this summer. Everything will be on view in two locations – Hudson River Park (until October 20), Ruth Wittenberg Plaza (until August 24) and the Kiehl’s flagship store (109 Third Avenue, East Village, Manhattan until October 20).

In partnership with Kiehl’s, “Everything presents a much beloved New York staple – the bagel – in an unexpected context. The project places large-scale carved versions of the food, both individually and in stacks as makeshift vases, in bustling public spaces, engaging the city’s thousands of workers, commuters, residents and visitors.” (Text from Art Production Fund, Official Press Release).

For more about the public installation, please take a look at the Art Production Fund’s website or this recent article from Hyperallergic. 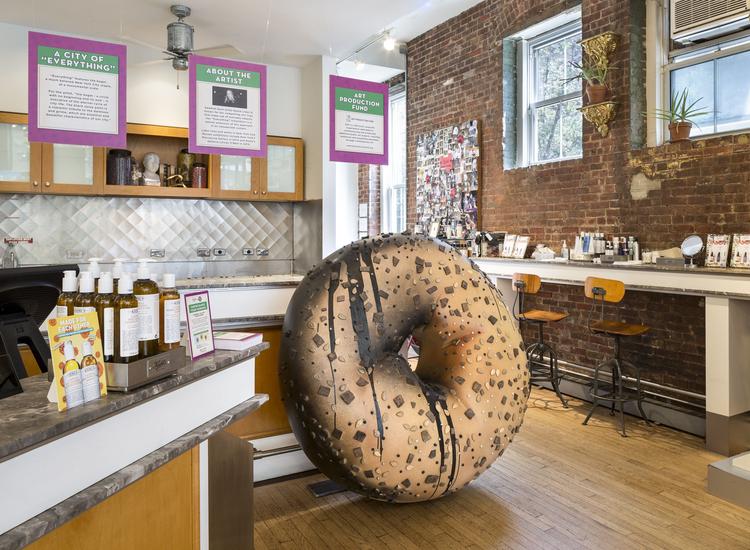