Pauline Boudry, a contributing artist to Randy Issue #2, was recently featured in an interview with BOMB Magazine regarding her previous exhibition Loving, Repeating. With collaborator Renate Lorenz, the duo uncovers events in queer history that have often been forgotten and then reimagine them into filmed performances.

“Performers establish connections to the ephemeral leftovers of the past, which we conceive of as unrepresented, utopian moments in history: it can be the beginning of a political documentary, a picture, a score, a dance, or a poetry reading. In the filmed performance, the performers connect with these historical materials through a series of actions and practices, carefully carried out, which are recorded and repeated in the exhibition space’s projection. We often record the performance in one take, like a live event, and we might add cuts, close-ups, and music in the final edit. We often don’t have an exact idea of how the performance should look. Some of it happens spontaneously in the space and is developed together with the performers. The shooting is always open for unexpected moments.” – Pauline Boudry / Renate Lorenz, BOMB 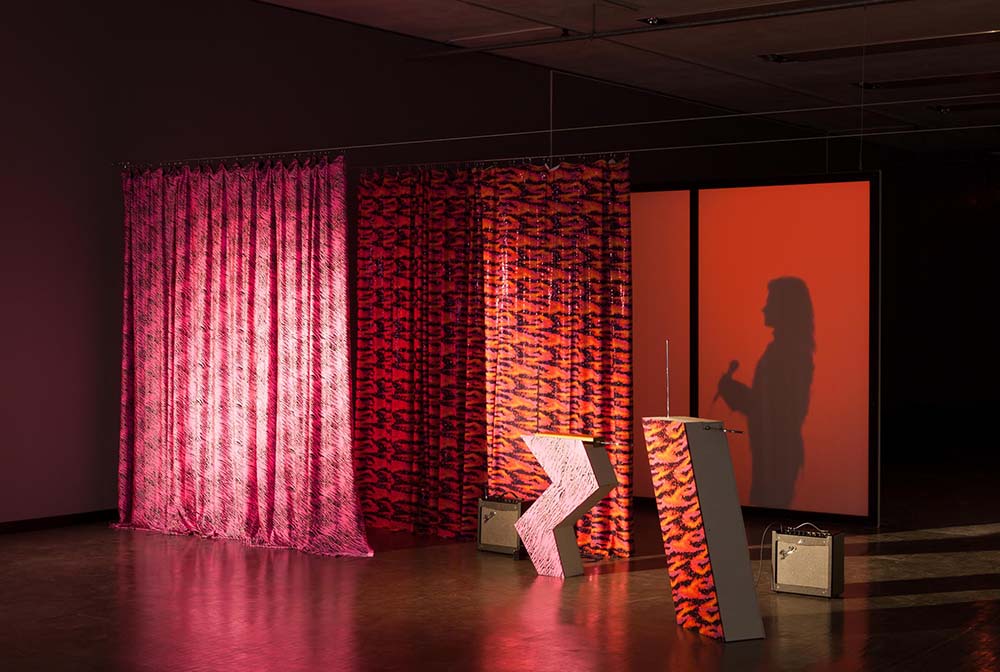