Photographer of the Week #138: Tine Bek

Tine Bek, originally from Denmark, has studied at Fatamorgana and Mlitt, taken residencies in Buenos Aires and the U.S., and self-published several times over.  Despite her successes, Bek’s brand consists most prominently of a fun and flippant disregard for ostentation and austerity. Her ongoing project BAROK is a nonlinear, visual collage examining the inherent humor in the impossibility of living up to the pretense laid by the Liberace-level excess promised by the series title.

By choosing to upset constructs like propriety and formality with a prolific compilation of images rather than with a smaller, more direct selection, the artist seems to gently invite her audience to partake in the creation of an inside joke. Bek explains, “The series BAROK is formed of numerous individual images which when isolated don’t seem to have much to do with Baroque and all its drama and grandiosity; but together they form a strange narrative and take on a whole new feel. The images are always moving, changing and evolving, leaving me with something not quite graspable, where the architecture is more sophisticated than the people, who seem almost more animal­-like than civilized…reality as we know it is turned upside down, leaving all rules of etiquette behind.” BAROK is an immersive visual experience that thrives on coquettish contradictions to create its own specific universe that pokes fun at excess while also celebrating it.

Bek’s ability to parody pretension playfully and sans venom allows her to simultaneously unpack and perturb sweeping themes of “nature, domesticity, and the representation of the female body,” that might seem contrived if the project were not so tongue-in-cheek. As the artist attests, “BAROK is a series of images which is based on sensation” and the intentional elusiveness of the images as well as the flexible way in which they are arranged allows an audience to slowly submerge and begin to navigate the universe Bek is cumulatively constructing.

The romanticization of material objects in contrast with the somewhat unflattering objectification of (mostly) female bodies, draws our attention to the unattainable or at least unsustainable absurdity of “the Baroque” without entirely dismissing its merits. In this way, the series coyly maintains a compelling tension between aesthetic and its application. There is a funny and slightly pathetic stiltedness in watching awkwardly shot “statue-like” people attempt to interact with and inhabit the ornate enclosures they have selected for themselves. By highlighting the strangeness of this seemingly unnatural relationship, “the vernacular and the insignificant become platforms from which to examine issues of representation that cut across expectations and established modes of viewing.” Bek adds, “in this way, the viewer is constantly placed in a dilemma that allows self­-reflection.”

Despite or more likely because of its levity, BAROK is an implicitly contrary series that defies compartmentalization and manages to subtly make incisive commentary through a barrage of evasive but inviting imagery.

To see more of Bek’s projects, please visit her website. 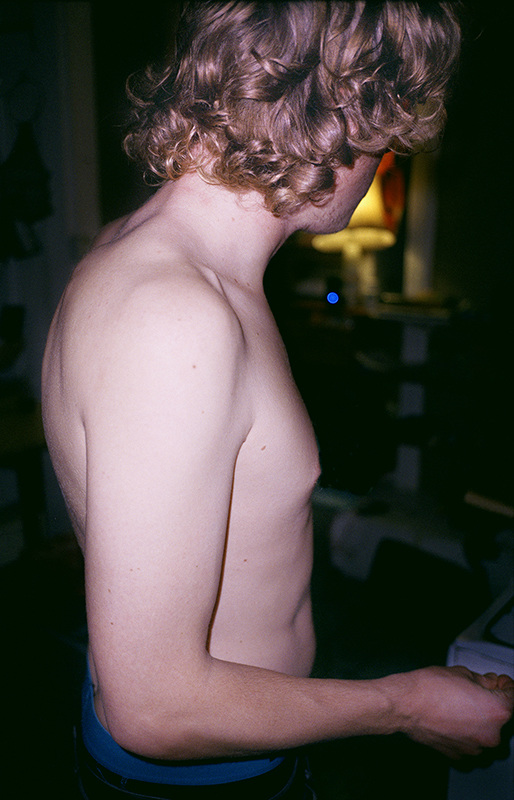 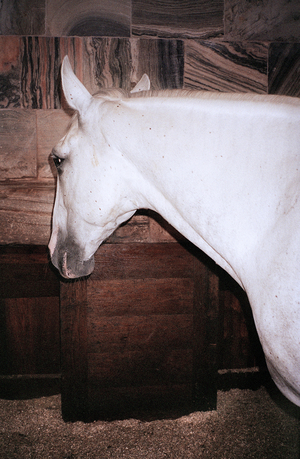 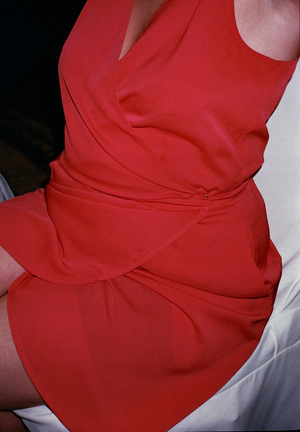 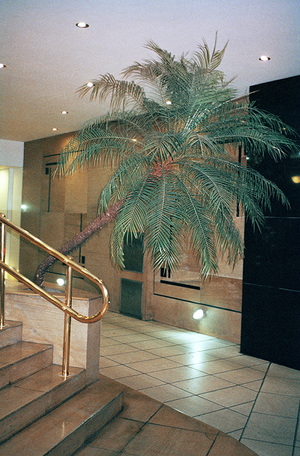