Griselda San Martin is a Spanish documentary photographer and visual journalist based in New York City and Tijuana, Mexico. For the past four years she has been documenting the U.S.- Mexico border, staying most of the time in Tijuana, a community that has been a victim of Mexico’s drug war and has been plagued by poverty, crime and violence.

‘The Wall’  in Griselda San Martin’s photographs is the 2,000 mile fence that runs along the border between the United States and Mexico. San Martin’s photographs display the Mexican side in Tijuana: the fence is painted vibrantly, there are flowers growing along the base and musicians for hire. Through the grates in the fence, slivers of the United States are revealed as a land barren and forlorn – the park is only open on weekends and strictly patrolled by United States officials. Pastor Jonathan Ibarra and wife Gladys Lopez at their wedding photoshoot in front of the the U.S.-Mexico border fence in Playas de Tijuana, Mexico, on December 12, 2015. The border is a symbolic place for Ibarra and Lopez, who both grew up in California but now live in Tijuana separated from their whole family. Ibarra was deported and Lopez doesn’t have papers to legally reside in the United States. She tried to cross over three times but was caught by the border patrol and returned to Mexico.

Griselda San Martin’s photographs effectively convey the dehumanizing consequences of ‘The Wall’. At its best, the fence polls are wide enough so an arm could fit through, though the United States officials prohibit touching. Touch is craved deeply, shown in the images of cracked hands pushed against the metal mesh in order for pinky fingers to touch. At it’s worst, the barrier completely limits visuals of loved ones; only a shadowed outline of a body is seen. In the photographs, children interact with the wall in order to see grandparents they have never hugged, formulating their conception of human connection and family relations, of nationalism and affection. The images are startling; the harsh barrier facilitates an interaction similar to visiting those that are imprisoned.  The images are absurd: ‘The Wall’ extends out hundreds of feet into the Pacific Ocean, an attempt at dividing an ocean. The images ache with the pains of forced separation but also cherish our unstoppable urge to connect with loved ones, no matter the obstacles.

For more of Griselda San Martin’s work, check out her website: http://www.griseldasanmartin.com/ 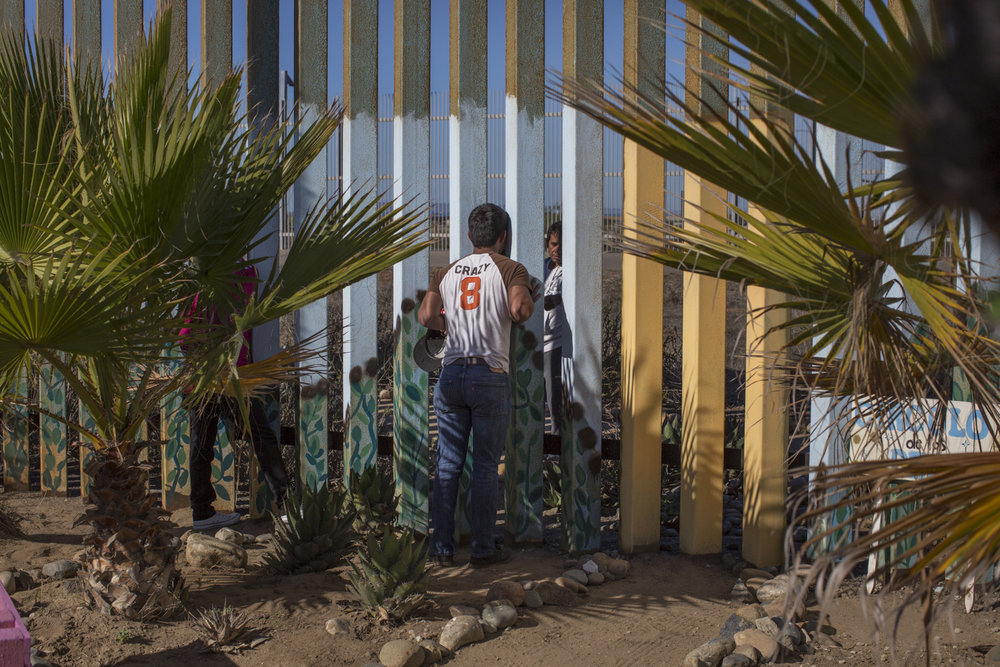 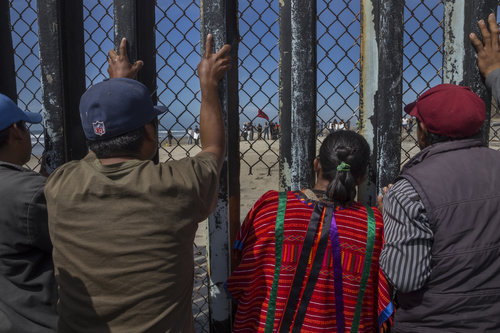 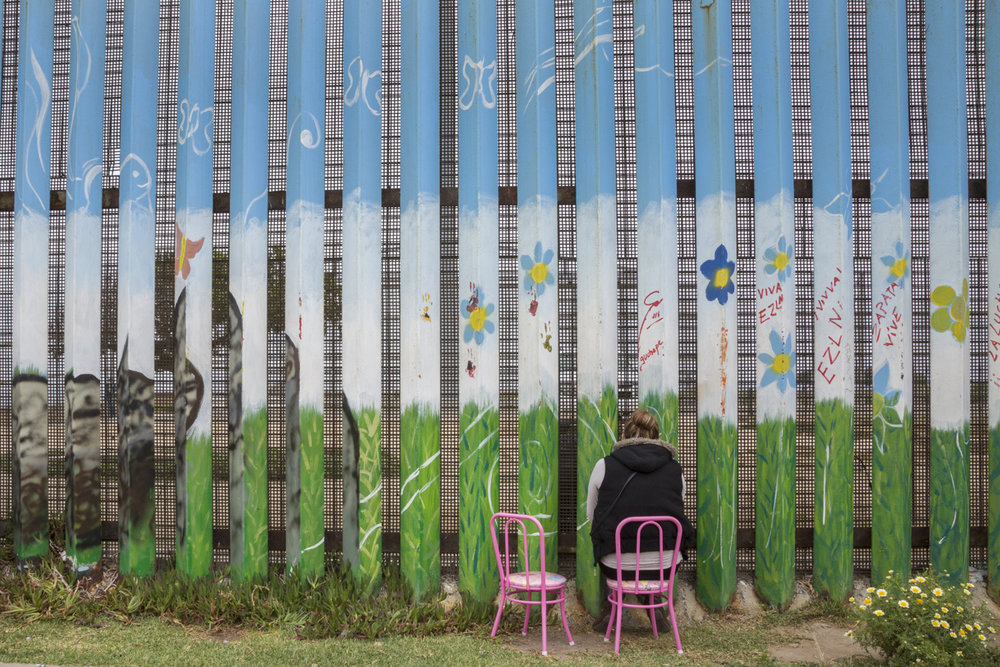 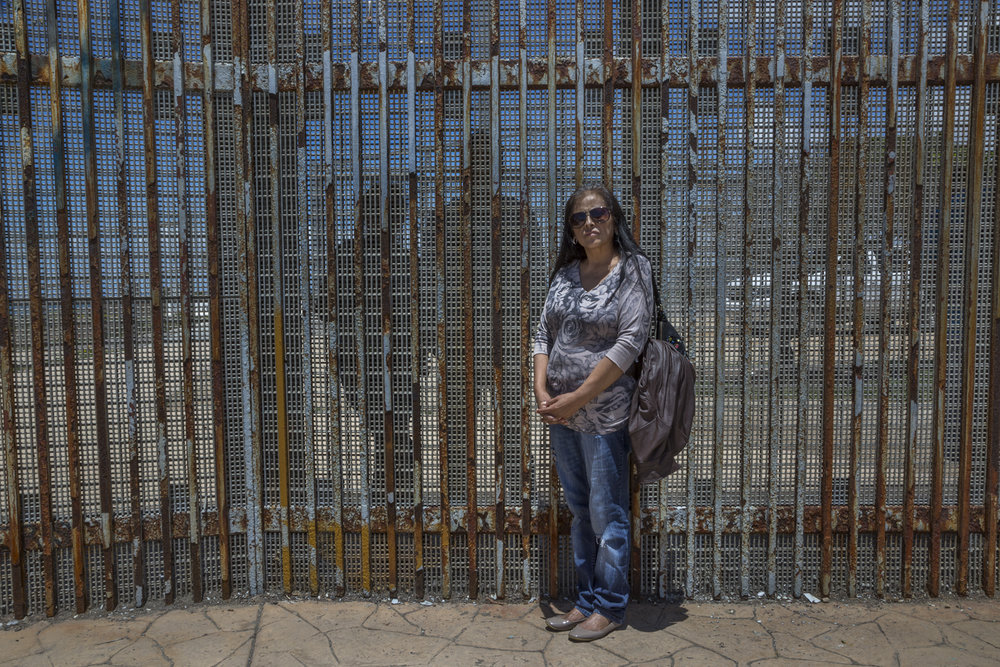