Photographer of the Week #168: Akasha Rabut

Akasha Rabut is a photographer based in New Orleans, LA, and New York City. She has a BFA in photography from the San Francisco Art Institute. She has been published in Vogue, ESPN, The Magazine, Bust Magazine, Accent, Barbara and Juxtapoz.

Rabut’s photographs document The Game Changers in various locations: at their stable, in New Orleans and at the trail ride – a yearly event held in western Louisiana where tens of thousands of cowboys and spectators gather to celebrate the tradition of riding. Rabut’s photographs challenge our ingrained notion and conjured identity of cowboys in American culture, an idea cultivated from mainstream American westerns and novels where cowboys are predominately white men. Rabut showcases a cherished yet less acknowledged tradition of the black urban cowboy. The photographs capture the intersection of the cowboys and the technology of modern life: a cowboy slouches on his horse while scrolling through his phone or two younger cowboys pose on their mini horse while an immaculate red car with enormous rims sits in the background. These cowboys are not the traditional cowboys with revolvers and and cowboy hats; these cowboys trade the revolver for a daiquiri and decorate their horses with harnesses and straps and ankle bandages of vibrant colors- pinks, purples, and yellows.

For more of Akasha’s work, check out her website: http://www.akasharabut.com/ 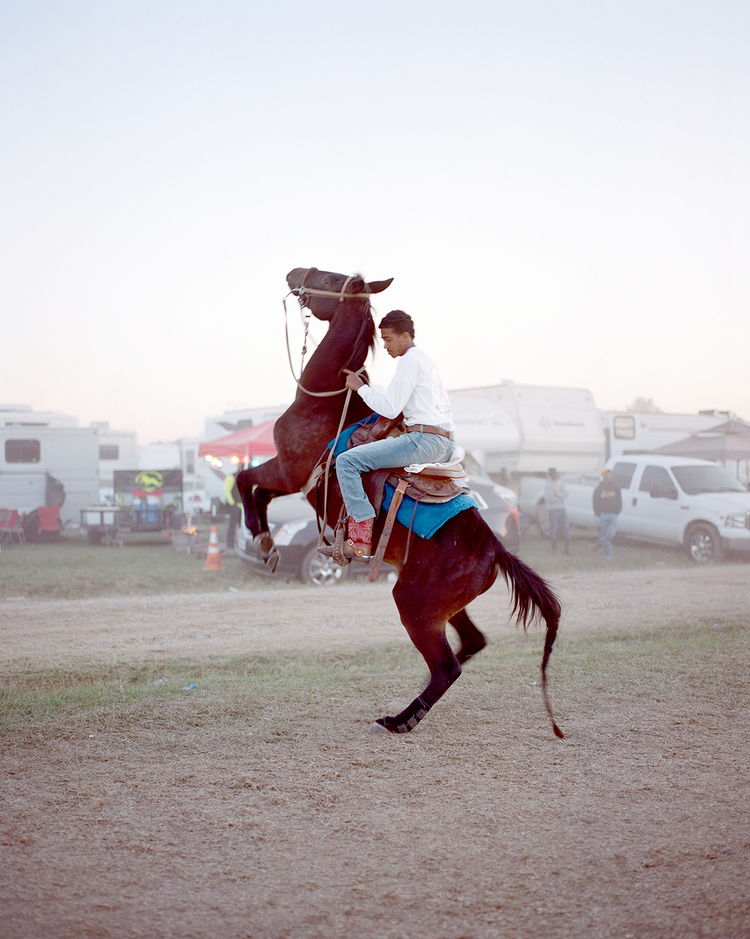 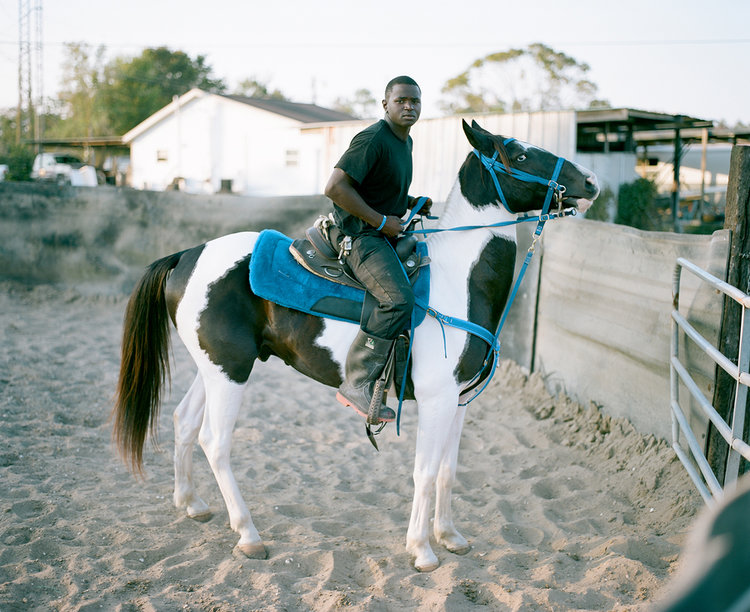 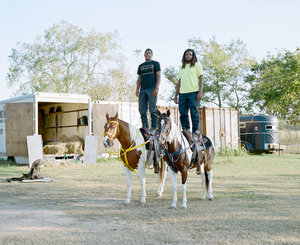 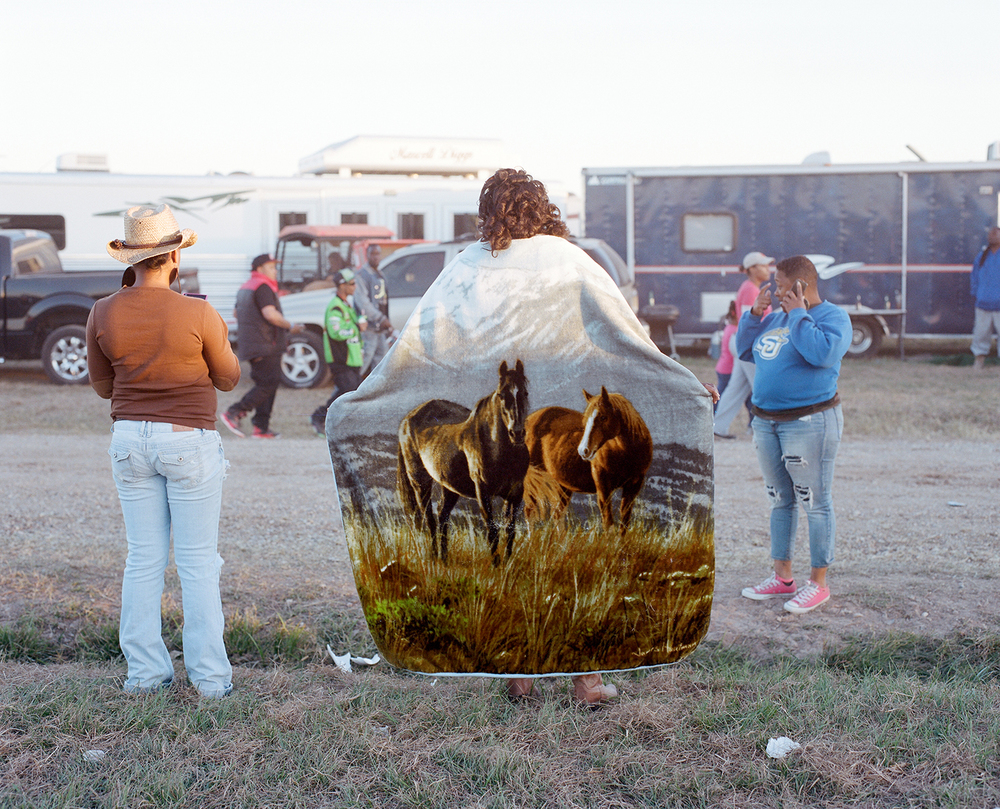 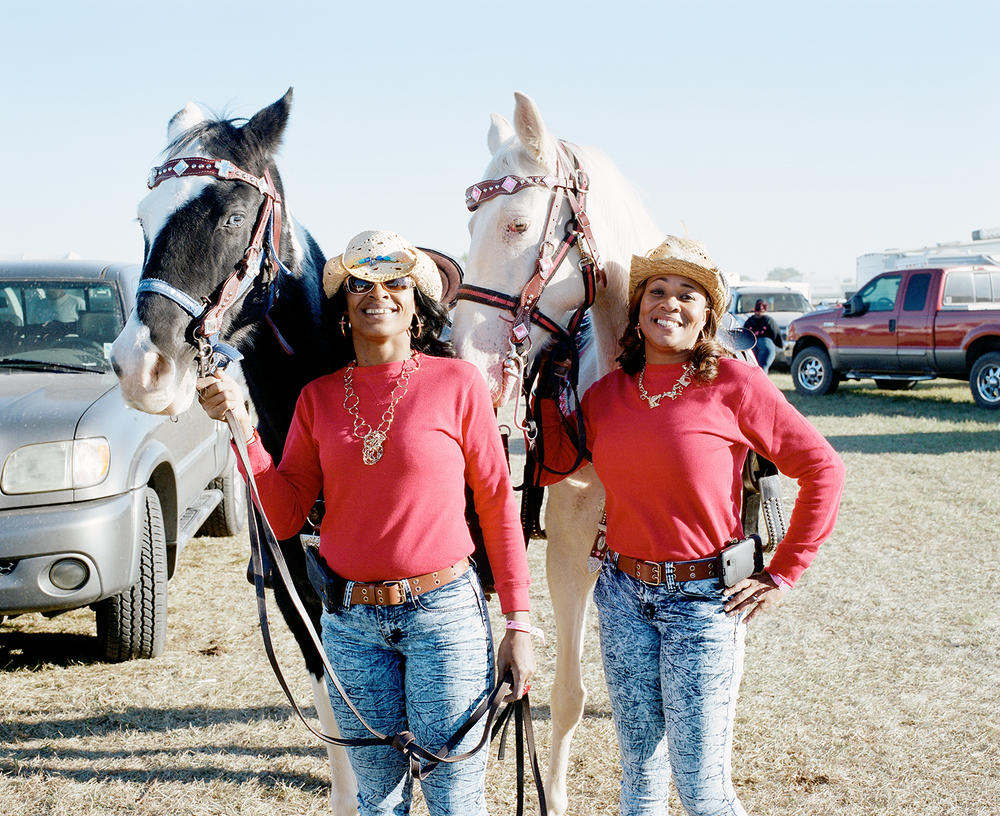