Photographer of the Week #216: Isabella Convertino

This week we feature the work of Isabella Convertino, a young artist residing in New York.

Convertino’s images speak to the complications of adolescence, compounding memory and trauma as points of departure. Her work is interested in the relationship between white familial and gender structures, and navigates feelings of fantasy and horror in the suburban setting.

Here we feature two series Fault Line and to shoot the sun.

The story of Fault Line describes a coming of age that is defined by fantasy, longing, and trauma. It is situated in a small town, which operates as a stage and snare, subverting filmic narrative structures of American adolescence. The subjects’ psychology is mirrored by the shifting and disorienting point of view, which rarely reveals a horizon line or clear path to another world. Crisis is never made explicit, but hovers in the background, revealed through depictions of small disasters that define the boundaries of place. Light obscures and reveals the body, describing touch in turn as sexual and dangerous. The images call into question the ability to distinguish between pleasure and horror, theatre and reality.

to shoot the sun is a reflection on trauma and experience with masculine energies, as well as an investigation of white suburbia.I am interested in containing and studying male power— observing its growth and erosion, sourcing its construction and relegation. In this body of work, I forge suburban geographies to create a terrarium, one in which I am able to direct and deconstruct performances of gender, and question the relationship between between intimacy and power. Bleaching light and uniform landscapes trap subjects in an immobility and overexposure. Bodies are contained, muted, and observed, fastened to a performance of waiting and a process of decomposition, all burning under the bright sun.

Isabella Convertino (b. 1998, sher/her) recently graduated from Wesleyan University (CT), and is currently working with photography and video. Her work has been published by ROMAN NVMERALS press, and is frequently featured in print and online.

Words from the artist. 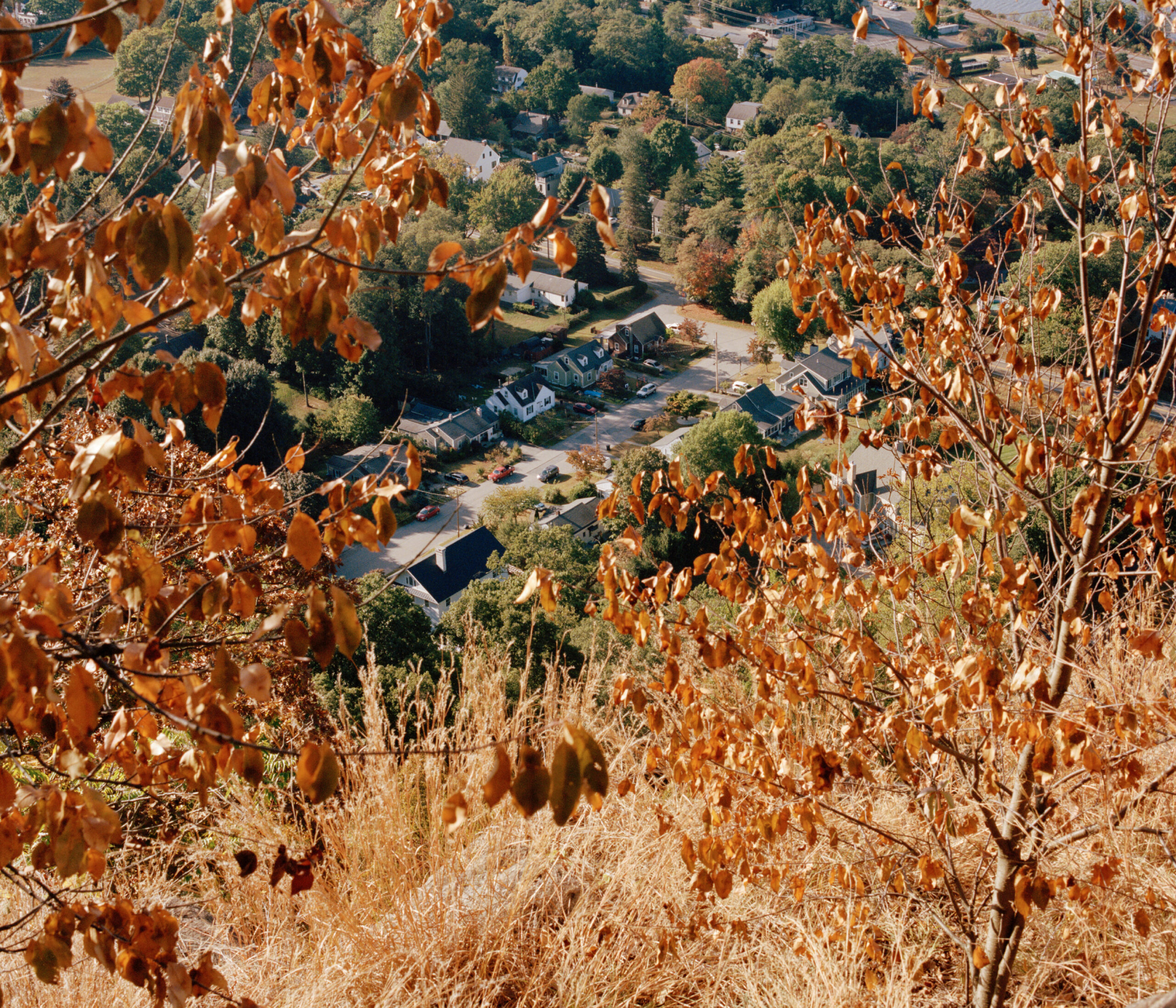 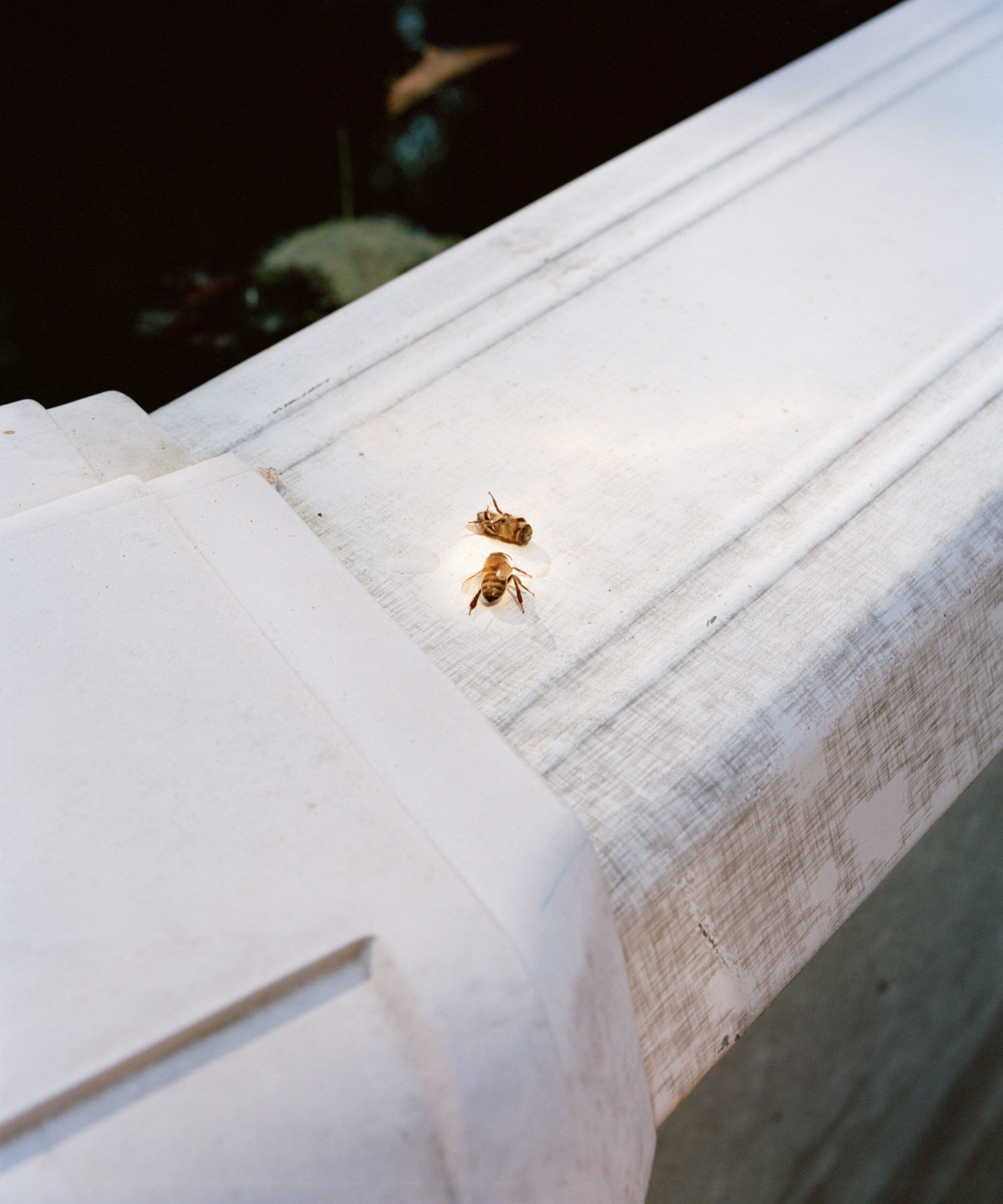 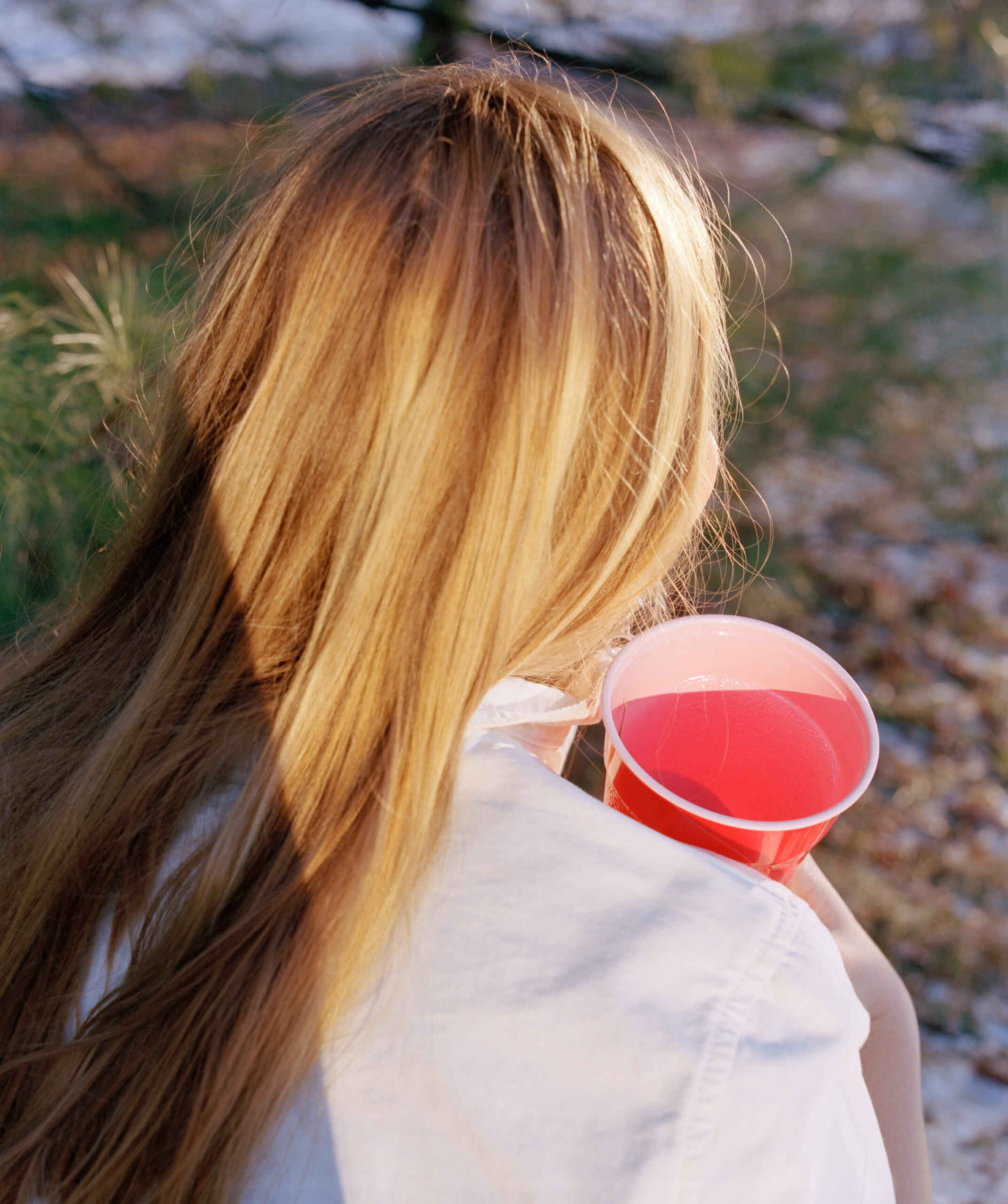 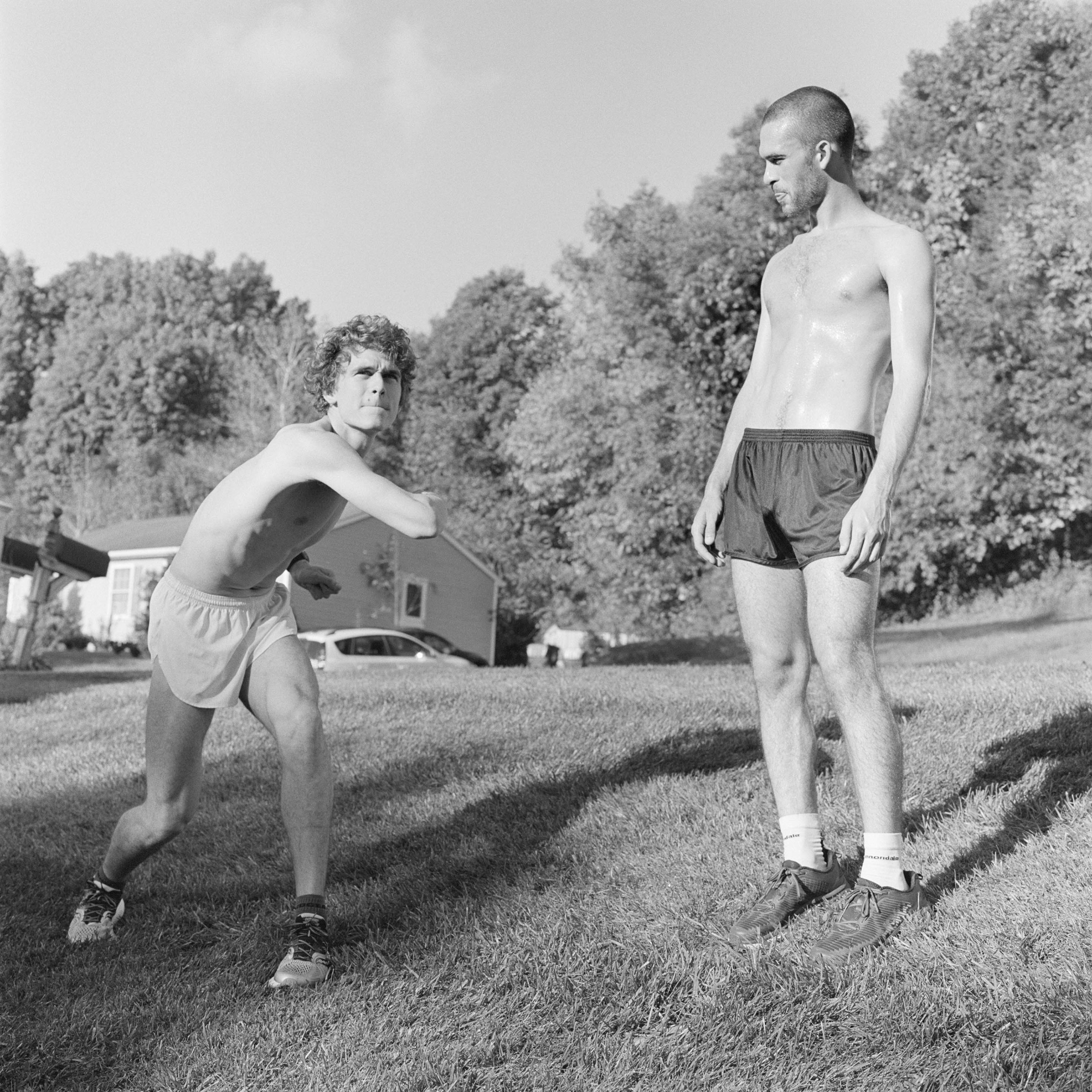 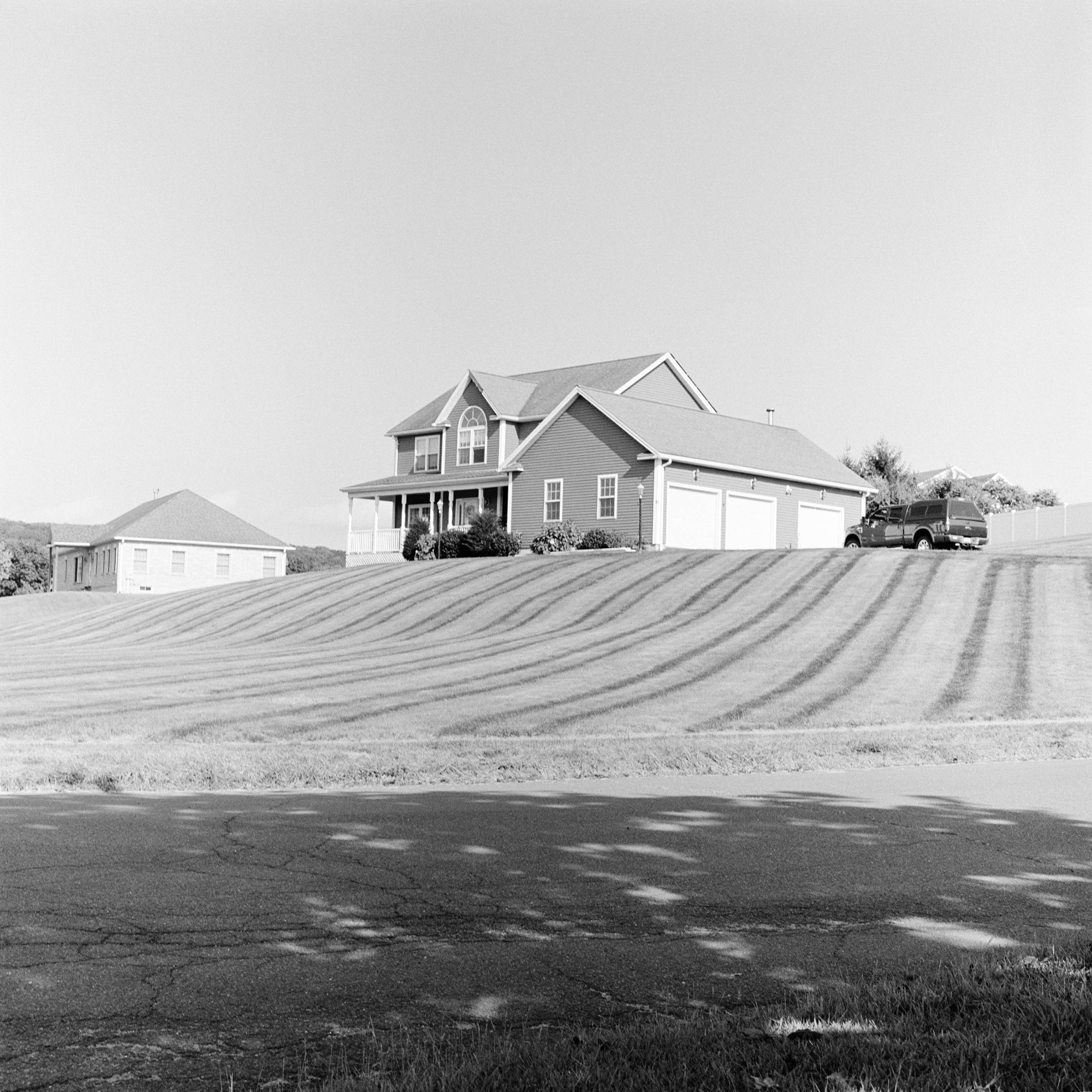 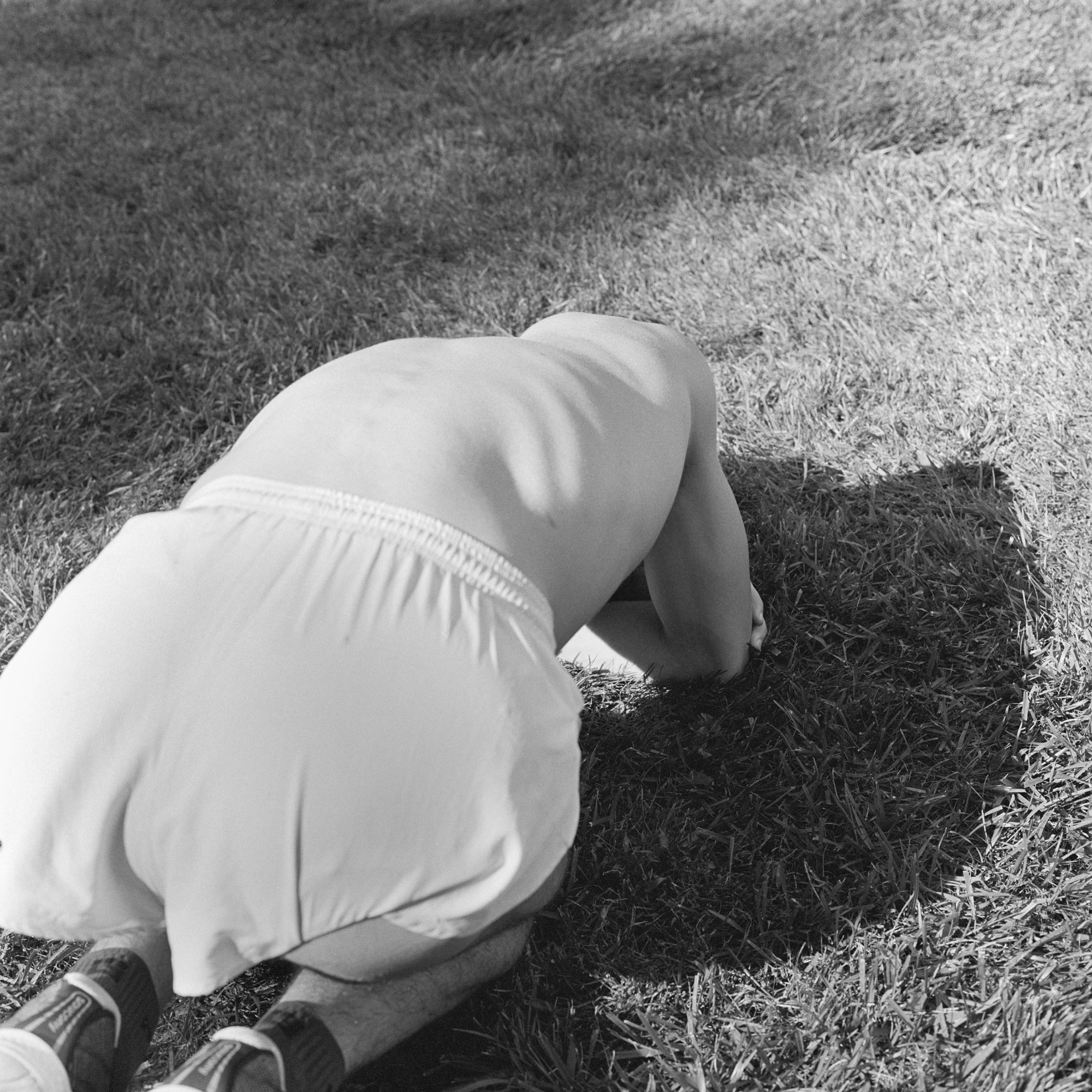