Photographer of the Week #24: Annette Hauschild

This week we feature the series Atlantis from photographer Annette Hauschild. Born in Germany, Hauschild has apprenticed at Lette-Verein, Berlin and been featured in many publications including Zeit, Neon, Art Magazin, and Vanity Fair. She currently lives and works in Berlin.

Of the series Hauschild says: “Atlantis is not a city that can be found anywhere on the map. It is nonetheless everywhere. Atlantis is a feeling, a fictitious place. Over the course of the last few centuries, almost every country has claimed Atlantis as part of its domain…I was interested in the associations people have with the word: Atlantis is like a symbol for the eternal search for happiness, but the realization of happiness always entails a sense of its finite nature…Beyond the name and location there was also an inner coherency that remained intact from place to place. When I now look at the photographs, it is completely unimportant where they were taken. The overall picture they present is not one of an ideal city. Not a paradise, not a state of absolute bliss. The Atlantis that I discovered has something that is hard to grasp. Something fated, turned in upon itself, removed. It is a lost city, and that is why it can hold so many dreams. Atlantis is a place of longing, which everyone fills with individual visions and ideas. This is my version.” 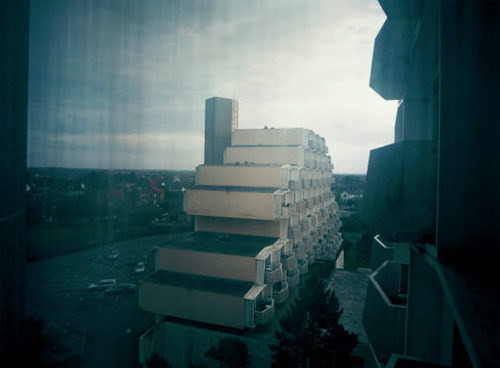