Photographer of the Week #5: Carlos Lowenstein

This week we feature the work of Carlos Lowenstein from his latest series The Distant Sound Of A Dog Barking.

“Chicago has a network of alleys that cut through its grid of neighborhoods.  It’s a bit of a maze and a strange place in that it’s a public space that isn’t really meant to be seen.  I feel drawn to these public places where people feel no one is watching.  All kinds of interesting visuals are left behind.  I sometimes think of them as spaces that have let their guard down.

Over the course of a year, I went on long walks through the alleys and took pictures. I found this space had a calming effect on me.  I was struck by how quiet it got as I went deeper into a neighborhood.  I could hear wind chimes hanging in back porches and the gentle hum of the rest of the city. At times, after photographing in the alleys for several hours the physical sameness of the place could become disorienting.” – Carlos Lowenstein 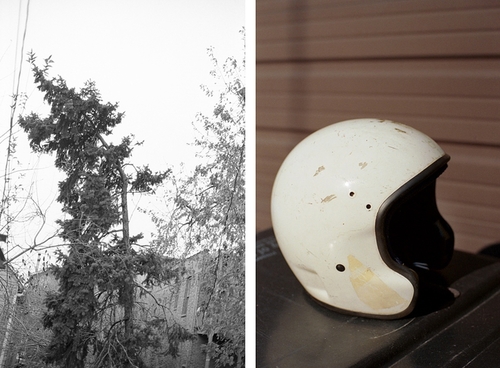