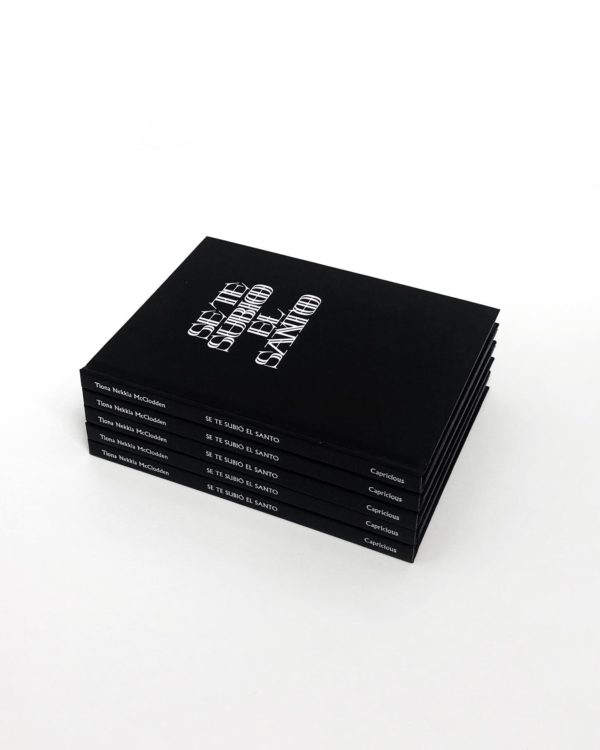 Se Te Subió El Santo (Are You In A Trance?) by Tiona Nekkia McClodden

Se Te Subió El Santo is a collection of self – portraits taken by the artist directly after she awoke every morning while away on a week-long residency in Iowa City, IA at the Center for Afrofuturist Studies in Spring 2016. This daily practice confronts notions of the artist’s interests in rendering a full self implicit of gender, race, sexuality, and spirituality while challenging and collapsing the intersections of each identity as well.

The title of the work is taken from Ana Mendieta, the Iowa Years: A critical study, 1969 through 1977 where Julia Ann Herzberg writes in the dissertation:

Ana and Raquelin Mendieta’s vocabulary contained many Afro-Cuban idiomatic expressions. For example, they would often respond to a friend who was acting in an unruly or hyperactive manner by asking” “Se te subió el santo? (“Are you in a trance?”) In the Afro-Cuban context, the expression “subirse el santo” is used in religious ceremony when the orisha/saint takes possession of the believer.

The monograph also includes an essay by author Akwaeke Emezi.