Stanya Kahn’s solo exhibition “Don’t Go Back To Sleep” is currently on view at Susanne Vielmetter Los Angeles Projects until May 24, 2013.

Susanne Vielmetter Los Angeles Projects is pleased to announce Stanya Kahn’s third solo show with the gallery. This exhibition fills three gallery spaces and reflects an expansion of Kahn’s practice with the premiere of the artists feature- length video, “Don’t Go Back to Sleep,” and two rooms of large and small drawings on canvas and paper. This new body of work raises Kahn’s incisive wit to new levels of sensitivity and offers idiosyncratic insights into affect and communication in contemporary culture.

“Don’t Go Back to Sleep” is an experimental narrative, made with the generous support of Grand Arts in Kansas City, Missouri and the Guggenheim Foundation. Kahn created, directed, shot, and edited the 75-minute piece. Her sound design forms a core of the films infrastructure and includes original compositions by Kahn and musician Keith Wood (of Hush Arbors and Thurston Moore’s band Chelsea Light Moving). Further extending a video practice that allows fluid boundaries between the real and the fictive, between narrative and abstraction, Kahn directs an ensemble cast of mostly non-actors to perform in scripted and improvised scenarios in which their subjectivity and agency become central to the film’s construction. Shooting almost entirely in Kansas City, Kahn builds darkly comedic and uncanny scenes revolving around groups of medical professionals stationed in newly-built, vacant homes as they prepare for impending emergencies. Time alternately slows and speeds as the characters are suspended in the in-between of waiting, their affective potential activated by constant uncertainty and disasters already underway. Kahn’s videos and drawings compress actions, images, and, words to make poetic jokes, often exploring rhetoric; the making of meaning and its undoing; agency and displacement. Kahn’s projects often situate language in the foreground of works that are dialectically driven by the demands of the body. 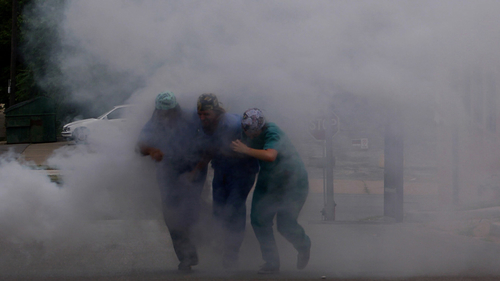 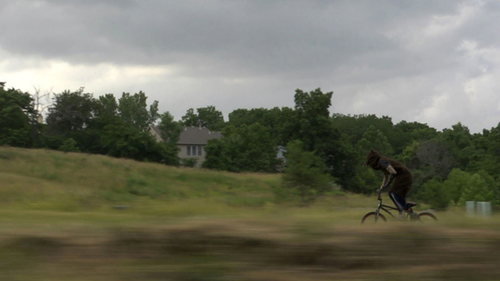 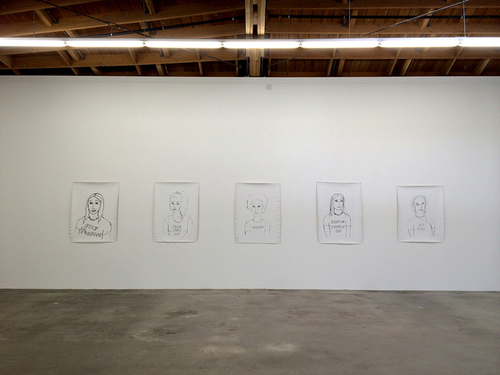 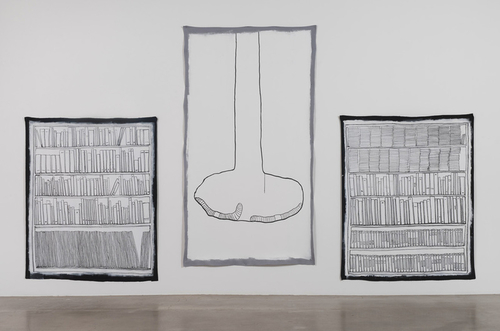 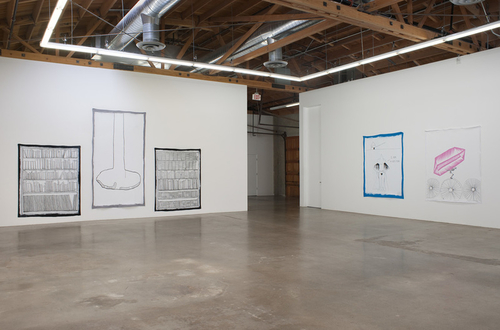