Grace Ahlbom is a multidisciplinary artist and photographer originally from Marin County just outside of San Francisco. Her practice combines elements of photography, sculpture, and mixed-media in large scale installations that explore themes of queerness, skate culture, and her own evolving identity. She holds a BFA in Photography from Pratt Institute.

Do you work out of a studio or a specific space in which you think and experiment with nontraditional materials? What is your process in realizing and later constructing these installed photo works?

Since I was a photography major at Pratt Institute I wasn’t granted access to conventional studio space. Instead, I had a private dark room that was really just a closet with a sink, which I ended up using as a storage space. Preparing for my thesis exhibition Dig in Your Heels, Stick to Your Guns my friends would come over to help me move furniture in my apartment to make space for practicing the different ways to wheat paste on variations of wood. Ever since I’ve been working out of my own home. When I’m envisioning my final installation, I start by making sketches of different ways to use the space. Once I’m satisfied with a sketch I’ll build a 3D model of the gallery space, usually by a scale of 1 inch to every 1 foot. I’ll still move stuff around in the model because I am always making last minute adjustments, even all the way up until the day before the opening. 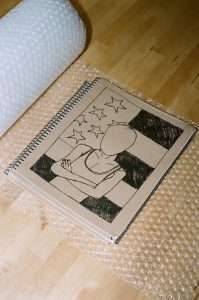 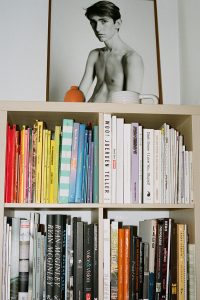 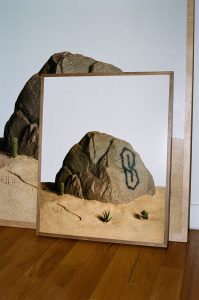 What initially draws you to the materials you select for your installations and where do you often find them?

For the Dig in Your Heels, Stick to Your Guns exhibition at Pratt Institute I ended up choosing OSB wood, which can often be found on the streets of New York City with wheat pasted advertisements plastered on it. At the time it made sense to me to use that material because a lot of my photographs felt commercial, like I was trying to sell something. For the Fort Greene exhibition at The Still House Group I used cerused white oak wood for every piece, which is inspired by the traditional Japanese finish. I had subtle allusions to oriental rock gardens and carpentry throughout the show. For example, I used the design of a noren curtain for my fort entrance piece. Once I know the material I want to work with I hire a carpenter to find it for me. I think it’s fascinating to work with people who specialize in a certain trade. I’d rather have someone create something authentically rather than me, the artist, try to replicate their specialty. So far I have worked with a seamstress, graffiti artist, carpenter & Boy Scout who create based on my designs. I try to be as hands on & personable as possible with the people I commission.

How does working within the intersection of photography, sculpture and mixed media help you to better communicate your ideas and concepts for making?

My goal through my work is to create an aesthetic space where those narratives are somewhat present while simultaneously being refuted. I like to work with narratives and storytelling. I like to incorporate replication and manufacturing as well. I really like the process of fabricating something and incorporating a three-dimensional aspect to my show. I experiment with bringing things from my world, like a rope ladder, into the gallery and creating a dynamic between two-dimensional photos and three-dimensional, tangible objects. I also incorporate trace themes into my work because it adds a component of open-ended interpretation, being that I made the choice to include it but it wasn’t my original creation. I think that adds an element of creative interpretation to the viewing process, because it creates another layer for the viewer to think about.

What is your relationship to skate culture and how does it continue to inform your stylistic choices?

Skate culture is just one of many things that I weave in and out of my work depending on how much it influences me at the time. I don’t consider myself a skateboarder by any means anymore, but I continue to be infatuated with the lifestyle behind it because until recently, skateboarders have always been considered outsiders. I grew up in a predominantly wealthy suburban neighborhood where there is a huge lack of diversity and culture in people. Growing up I spent most of my time at different skate parks and skate shops making friends with kids who were different ages, races, economic backgrounds, from all over and it didn’t matter. All that mattered was skating together. None of the boys made a fuss about me being a girl, if anything everyone was hyped about it. I remember going to skate camp every summer on a lake in the Sequoia National Park and being the only girl to register. I had an entire cabin and an abundance of bunk beds to switch around from night to night. I was an outsider within a community of outsiders who taught me lessons of staying true to your self.

Can you talk about the impulse to put these specific materials into direct conversation with images of male-presenting bodies? Does it speak to your own evolving identity?

I do a lot of work with masculinity. I like to explore the gender binary and push the boundaries of masculinity and femininity. Western society often dictates that men act one way and women act another. Using wood for a large portion of my work is very important to me for that reason. A lot of the materials I use are heavy and tough, materials that I couldn’t take on by myself. Much of the installing process is in conversation with my photographs. Picture this: I am in the gallery hiring a male who is much more physically capable than me to install my show, yet I’m reversing the power by making all of the curatorial decisions, and using him to supplement the aspects of masculinity that I lack.

What new projects or exhibitions are you currently involved in or working on?

Right now I have my installation To Live and Die a Legend in group show Way to Go, Einstein! curated by Moira Sims at Equity Gallery. When our parents were kids, Rock & Roll was looked down at as some sort of satanic worship, but now it’s widely accepted and deemed “classic.” Over time trends like that, or for example Hip Hop, come to pass from taboo to going down in history as classic. Rococo and Baroque portraiture inspire the more formal portraits of musicians. I chose to set them in a similar way to these classic portraits to portray a juxtaposition of important social figures in the aforementioned eras and modern day musicians. Placing people in contexts that don’t seem to fit their aesthetic conveys a kind of irony that I think produces a dynamic relationship between the viewer and the piece. This series is an ironic rendering of something that might be installed in the Rock & Roll Hall of Fame. I observe memorials of past musicians and replicate the devoted fandom that Rock & Roll generated. It’s intriguing to me that society picks people to idolize, which is why my work focuses on how our culture idolizes arbitrary aspects of masculinity. 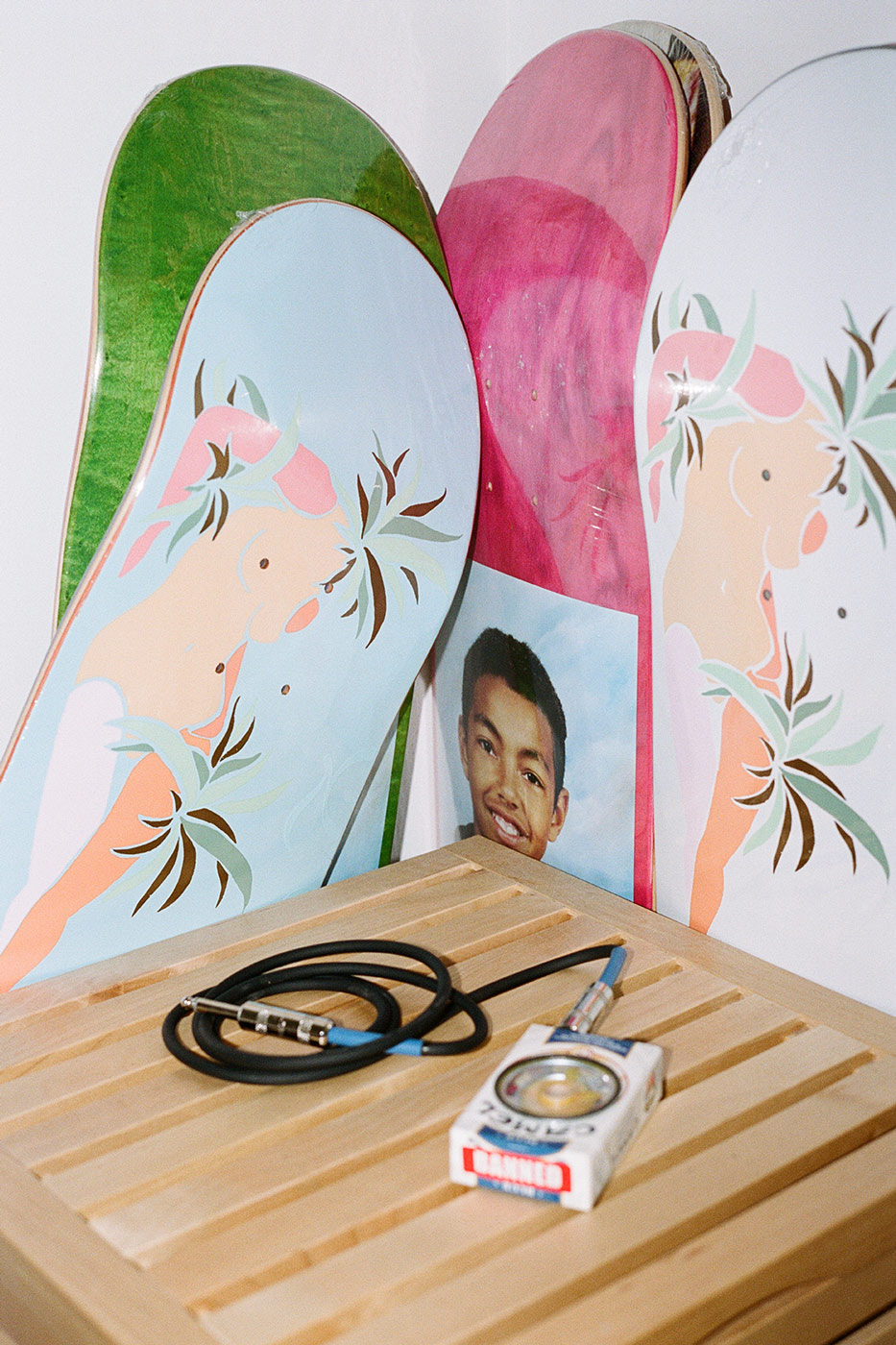